The Archaeological Park of Tuscolo reopens to the public.

With a two-day event on 13rd and 14th of April, the Archaeological and Cultural Park of Tuscolo (Parco Archeologico del Tuscolo) officially reopens to the public.

A series of guided tours and educational workshops will be held during this two-day event as a prologue to what will become usual in the following months.

"Tuscolo. The primitive place of the soul" is the name of the redevelopment project of that archaeological and natural area that has been closed for over a year.

New precious archaeological remains have emerged, from the recent work of safety and restoration, such as a medieval church, black and white mosaic floors, frescoes, thermal baths: a treasure of archaeological discoveries for what has always been called the "Pompei at the gates of Rome".

The ancient city of Tusculum, founded, according to the legend, by the son of Ulysses, Telegono, was the summer residence of Roman senators and emperors, after the conquest of the city by the Roman army in 496th .

In 1167 the city was destroyed by Roman militias, as revenge on the Tusculans, guilty of having hosted the German troops of Emperor Frederick Barbarossa, after the battle of Prata Porci.

It was therefore abandoned and became a wooded area and was, over the centuries, sacked of its architectural remains by the inhabitants of the surrounding areas, and later, in 1800, after the first archaeological excavations by Luciano Bonaparte, was sacked of his precious archeological remains.

In recent times (1994) the various restoration and recovery campaigns began and led to what the Tusculum represents today in the collective consciousness of the inhabitants of Castelli Romani.

The Archaeological Park of Tusculo can be reached in a few minutes from the center of Frascati, continuing along Via del Tuscolo from Via Catone or Via Luigi Canina.

For more information do not hesitate to contact us.

Bright Christmas in Frascati. Dozens of lights enlighten the town. 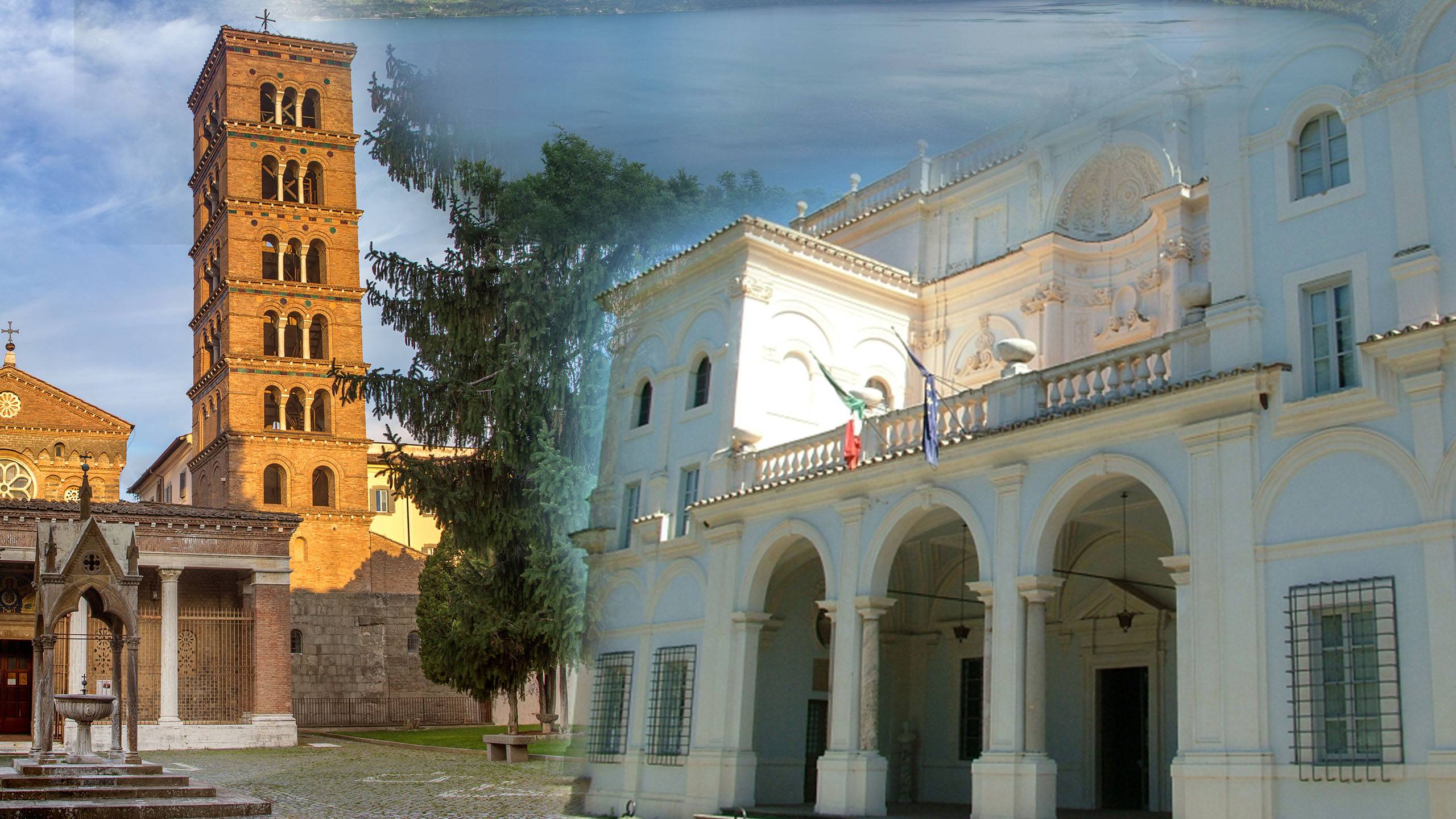 Villa Falconieri and the beauties of Frascati and Castelli Romani.

The Infiorata of Genzano: floreal display and competition.

The Carnival of Frascati is coming back with its majesy, its allegorical floats, its Pulcinellas, and tons of colors. After the over-criticized edition of 2019, marked by the lack of support from city institutions, and the less lively

Bright Christmas in Frascati. Dozens of lights enlighten the town.

Christmas 2019 arrives and Frascati fills with lights and colors. Christmas 2019 is coming and the classic Frascati Christmas Market is still here. This year the Christmas of Frascati is particularly lively, with many illumina

Villa Falconieri and the beauties of Frascati and Castelli Romani.

Weekends in Frascati and in Castelli Romani smell of art and history. Many public buildings and monuments, open to the public on Saturdays and Sundays, to make the stay in the Roman countryside become an un